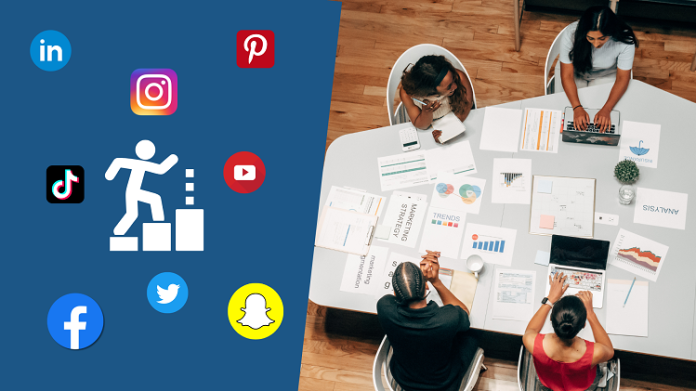 The ongoing growth of social media, combined with its popularity and tendency for making some topics go viral in a short period of time, means that businesses shouldn’t delay in taking advantage of social media’s trending nature and ability to draw large crowds of customers.

For example, the Pew Research Center‘s various reports on social networking revealed as of December 2012, 62 percent of men and 71 percent of women respondents use social media on a daily basis for networking purposes, as well as for shopping and conducting business.

Furthermore, social media giant, Facebook, claimed it has close to or has surpassed one billion users. Savvy business owners, more particularly advertising agencies, therefore, would do well to heed the trend and follow the path social media has created, and go where the largest captive audience lives.

Facebook: The rallying cry of many businesses today is “Like us on Facebook.” Considering its popularity and massive audience, Facebook is where businesses should set up their official Fan Pages to connect with their current and prospective new customers.

Google+ (G+): Google+ is somewhat of a newcomer in social media, showing up in 2011, related to its popularity and relationship with one of the most commonly used search engines. Google+ allows users to post content, connect with other users, and hold “meetups” and hangouts online. Similar to Facebook’s fan pages, business owners can also create pages for promotional purposes.

LinkedIn: LinkedIn provides a serious environment that allows professionals and businesses to connect and network. An individual’s profile serves as a portfolio and resume, all in one. Anyone can start a group related to his or her business or interest, and invite others to join.

Pinterest: In 2010, Pinterest appeared on the scene as an innovative new social media entry. The primary purpose of Pinterest is the virtual “pinning” of images of interesting items to the individual’s virtual “bulletin board.” Each person can organize pinned items into groups or collections, as well as share them with other Pinterest members.

Twitter: Twitter is another social media format that has been around for awhile, making use of comments or posts known as “tweets” expressed in 140 characters or less. Businesses can attract followers and keep them informed very quickly, as well as create hash tag campaigns (such as #taxchat) to allow customers and followers to easily track the business tweets.

What’s Next for Businesses

Another trending consideration for businesses is the growing popularity and use of digital and mobile devices. From iPads and iPhones to other types of smartphones, more people prefer to do business on-the-go, and appreciate those savvy business owners who will accommodate their busy lifestyles with apps. Yes… you, too, can create an app for that.

Learn more about the social media influencers and the effects of their promoted content, on this website: www.alter-forum.net

Getting a Small Business Ahead With Organic SEO

Functionalities of SEO Business in NCR