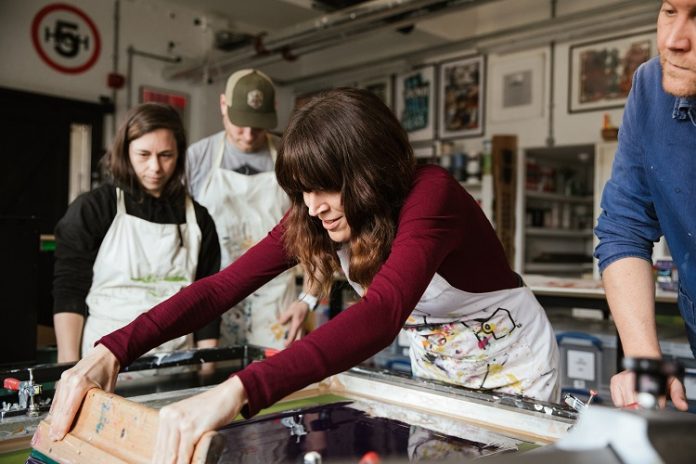 Giclee (pronounced as zhee-klay) is a neological term coined by Jack Duganne in 1991. Neological refers to “neologism,” which means a newly coined word or phrase with interests to add it as a part of an existing vocabulary.

The Connoisseur of Digital Printing

Nash Editions debuted in Manhattan Beach, California on July 1, 1991; among the brilliant minds behind the premier craft of digital printing was Jack Duganne.

Duganne was conceptualizing an idea to launch an upcoming appearance of Diane Bartz’ but did not want to use terms such as digital or computer, fearing that its negative connotations may affect the show. Jack started with the French word for inkjet, jet d’encre, and worked from there, since the root of all printers is the nozzle “le gicleur” in the language. Nozzles spray the ink onto the paper; he then searched for “to spray” in French and found “gicler”. Eureka! Giclee printing was born.

The advent of new terminologies began in this so-called word war between giclee and digigraph. Most photographers preferred using digigraph, while printmakers and artists involved in reproduction have adapted the use of giclee as a word in their profession.

Currently, giclee became synonymous to the art of traditional media. There are still some digital artists and photographers who prefer using “inkjet prints” or “original digital prints” in their work.

In spite of the confusion, giclee has become a “household name” in the world of digital photo printing; much like Coca-Cola or Colgate.

Prepress refers to industries associated with publications and printing; it is the process that happens between creating a layout and the final product. It is a long and tedious process involving manpower and machine.

The digital process happens in the screening part, where the images are prepared before they are sent to the separation section to be set on a plate, requiring individual forms of media such as ink and varnish. Screening photographs and adjusting common tones utilizes printers; the IRIS printer is an inkjet printer commonly used for prepress schemes.

Iris Graphics introduced its Iris printer in 1985 in Stoneham, Massachusetts. It is used for proofing work before taking it for final printing. Aside from prepress work, it is also adapted in printing presses involved in digital printing.

The printer output is checked to make sure that the final image comes out according to its specifications. This type of instrument uses a system that continuously flows ink due to its large output.

A drum holds the paper, which rotates 150 inches each second and it can work even under high pressure. Each printout is called an “iris print”.

Artists who don’t see the need for mass productions benefit from giclee printing. The idea of producing as the need arises gives great ease to the creator. His work is saved for future reproductions, eliminating additional costs. These “saved” works do not deteriorate and will always appear fresh with each reprint. Printing it in different sizes is also possible.

There are some speculations reading originality in the works of artists. Prints can be done on canvas, which stirs the issue, claiming that some artists and galleries are confusing and deceiving the public since the output resembles the original.

Why You Want an Appealing Splash Back for Your Kitchen